Studies reveal an association between cancer and sleep apnea

Dr. Javier Nieto, an expert in sleep epidemiology, conducted one of the studies. He is chair of the Population Health Sciences at the University Of Wisconsin School Of Medicine and Public Health. His study followed data from 1500 Wisconsin state employees over a 22-year period. The research found that those with severe sleep apnea had 4.8 times the risk of cancer mortality. Those with moderate sleep apnea had twice the risk of cancer death.

Lung cancer was the most common cause of death, but liver, bladder, breast, brain, ovarian, endometrial, and colorectal cancers were indicated as well. Research is ongoing to determine whether apnea increases the risk and mortality rate when apnea and cancer co-exist.

The second study, led by Prof. Ramon Farré from the University of Barcelona, examined the occurrence of cancer, rather than the mortality. They analyzed data from 5,246 sleep apnea patients and made adjustments for lifestyle and genetic factors. They found that severe obstructive sleep apnea was associated with a 65% higher risk of developing cancer.

Professor Farré’s team conducted animal studies, which found that periodic oxygen deprivation resulted in rapid tumor growth in mice. In lab research, they found that, when cancerous cells were subjected to oxygen deprivation, they produced molecules accelerating the growth of blood vessels in search of oxygen. Their studies indicate an association between sleep apnea and the development of tumors, as well as accelerated cancer progression.

Dr. Nieto stresses the fact that these studies did not establish that sleep apnea is a direct cause of developing or dying from cancer, but they did establish a compelling link. Additional research is needed to validate these findings and examine the relationship between sleep apnea and cancer.

These studies add to the growing awareness that sleep apnea, left untreated, can be damaging to health. Treating obstructive sleep apnea can improve your overall health and quality of life as well as decrease the risk of cardiovascular and other diseases. Moreover, treatment may reduce the risk of the development of, or death from cancer. Call 281-363-2770 to schedule a consultation to learn if you may need treatment for sleep apnea. 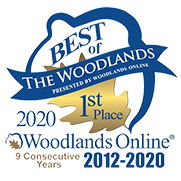